Are you excited? Are you afraid?

These titles are for those brave enough to venture a little darker, to be swept up in a brutal, magical, heart-pounding story that will grip you until the… very… last… page…

I can’t recommend this book enough.
For so many different reasons I absolutely loved it.
Be warned the first chapter is brutal. Perhaps not for the faint hearted, but that’s one of the reasons I love Kim’s style of writing. She doesn’t shy away from the real horror that can and does exist. Perhaps without some of the real horror moments, I might not have believed or loved End of Dreams so much. 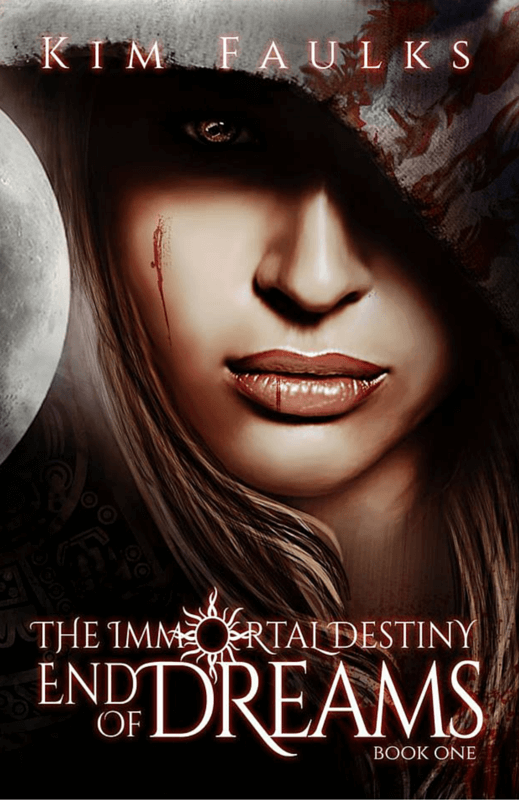 A dark supernatural thriller filled with cruel characters and harsh situations.
This book is not for the faint-hearted.

She’s on the run from vicious murderer.
He’s prepared to risk it all, for one last shot at the killer who got away.
A young woman and a hard-bitten detective are trapped in the middle of a paranormal war they never knew existed.
Their only hope of survival is a group of immortals called, The Family and an unborn son, a child who will forge a new world… if only he can survive.

First and foremost, Secrets Room F’n ROCKED! Parts of this book have the potential to destroy your heart and soul. I’m sure it will haunt me for days! I went into this book somewhat blind, having not read any reviews or other books by Kim. Honestly, I had no idea what to expect. The blurb and cover gave off horror vibes but I was sold; ready to try something new. BEST CHANCE I’VE EVER TAKEN ON A BOOK! 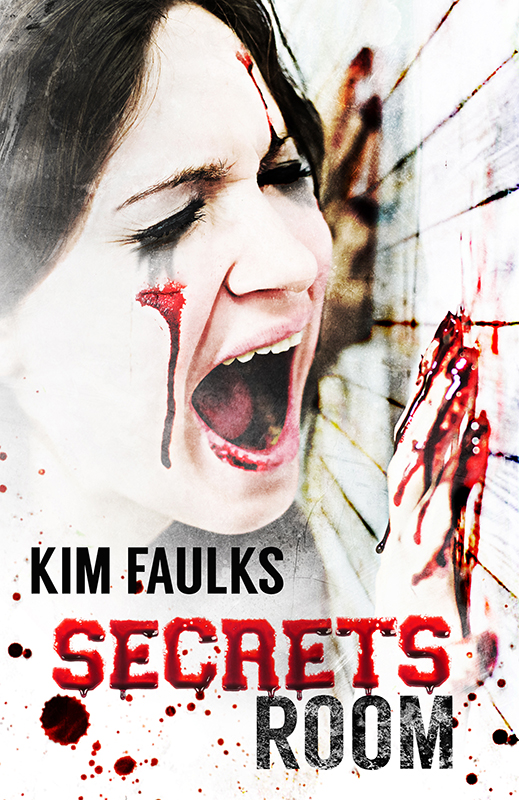 What would you do if you woke in a room filled with strangers, with no memory of how you got there, and no way out?

Morgan Drimmel wakes to find herself in the midst of this nightmare. The gouged, blood-splattered walls scream of terror and torture, and the unrelenting light that shines between the cracks in the walls fills her with dread.

When the others in the room wake, they form alliances, and Morgan finds herself drawn to rogue biker Slade Rivers. But dependence, for her, has always come with a deadly price.

Those inside the room have secrets too; dark secrets they will go to any length to keep from getting out. When evil rears its ugly head, Morgan will not only have to fight to survive—she will also have to trust.

Hells Angel is a gritty paranormal story which flips the notion of Earth and Hell and makes you look at it in a new light. Earth may be your idea of Heaven, but it’s not everyone else’s, too.
Kim Faulks forces us to see Earth from the point of view of a demon from Hell. To Kellah Slater, Earth is Hell and Hell is home – sweet, missed and adored. I have to say, I’ve never thought of looking at Earth from that direction, my mind clouded by angels and rose tints, but I relished, I craved more of this book, the more I read.

Dark, delicious and downright dirty. Kellah Slater is a demon sent to Earth for a crime she committed and she’d do it again. Why? Because F you, that’s why… foul mouthed and p*ssed off Kellah will stop at nothing to get what she wants, and what she wants is to get back home, to Hell.

Forced to live amongst the kind she hates the most, the human kind, Kellah does what she does best, steals, lies, cheats, and toys with the humans she despises. When she forces a human male to part with his wallet, she thinks no more about it. But the human male can’t forget.

Detective Darrion Hunter has lost everything. His wife, his daughter, his soul… and now his wallet. Kellah is everything he despises. He will sacrifice all to see the thief where she belongs, behind bars.

Darrion Hunter becomes Kellah’s personal demon, but the hell of it is, he might just be her path to her salvation.