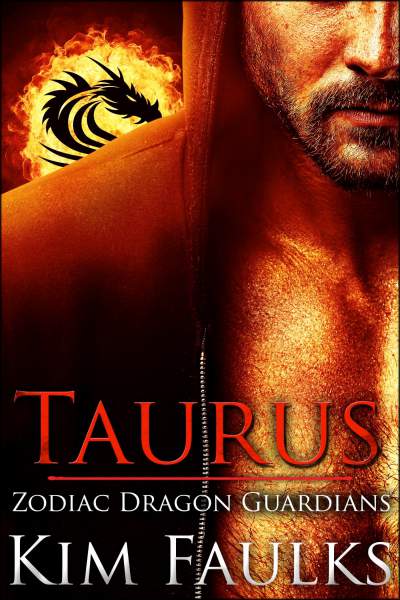 They thought they’d live forever, but living and existing are not the same.
Marcus Kane is the first of twelve. Dragon-born in the sign of Taurus he carries all the traits of the bull–the good and the bad.
He’s strong-willed, unbreakable. Deadly on land and in the sky, but when Marcus falls in love, he falls hard.
He wasn’t meant to fall for the wolf, Abrial. His only job was to protect those he loves–his family.
Abrial is Alpha-born. The daughter of the Bloodstone’s pack Alpha, she will stop at nothing to defend what’s hers–every wolf–and every inch of her new found territory–and she’ll break all the rules to do it.
But when a rival pack moves in ready to spill blood, Abrial comes up against an enemy deadlier than she understands. So she turns to a stranger for help–a man who drove into a tree to save her. A man who smells like danger, but looks at her with fire in his eyes. Marcus Kane. 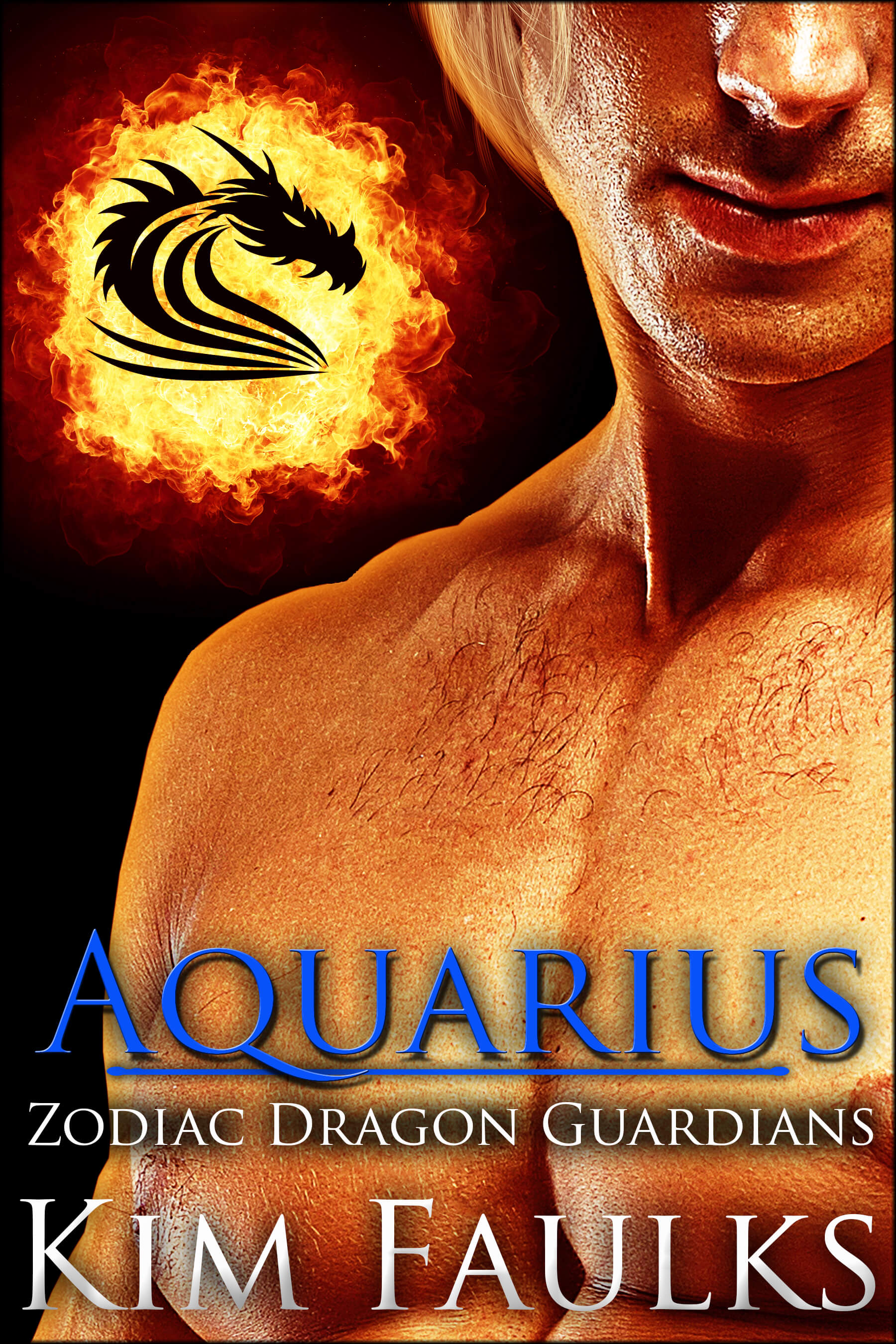 Victor’s the second of twelve Guardians.
Dragon-born in the sign of Aquarius, he carries all the traits of his sign—the good and the bad.
He’s the guarded one, the one with a cool head, the one his family turns to when all hell breaks loose—and his family needs him more than ever.
His brother is missing. His family is torn. But his world is consumed by the wolf, Odessa. Why would she risk her life to save him? Why would she care?

Victor Kane followed his brother into battle against the Echo pack, but it wasn’t his brother who brought him back.
It was the one they called the lone wolf, the seer, the strange one—Odessa. 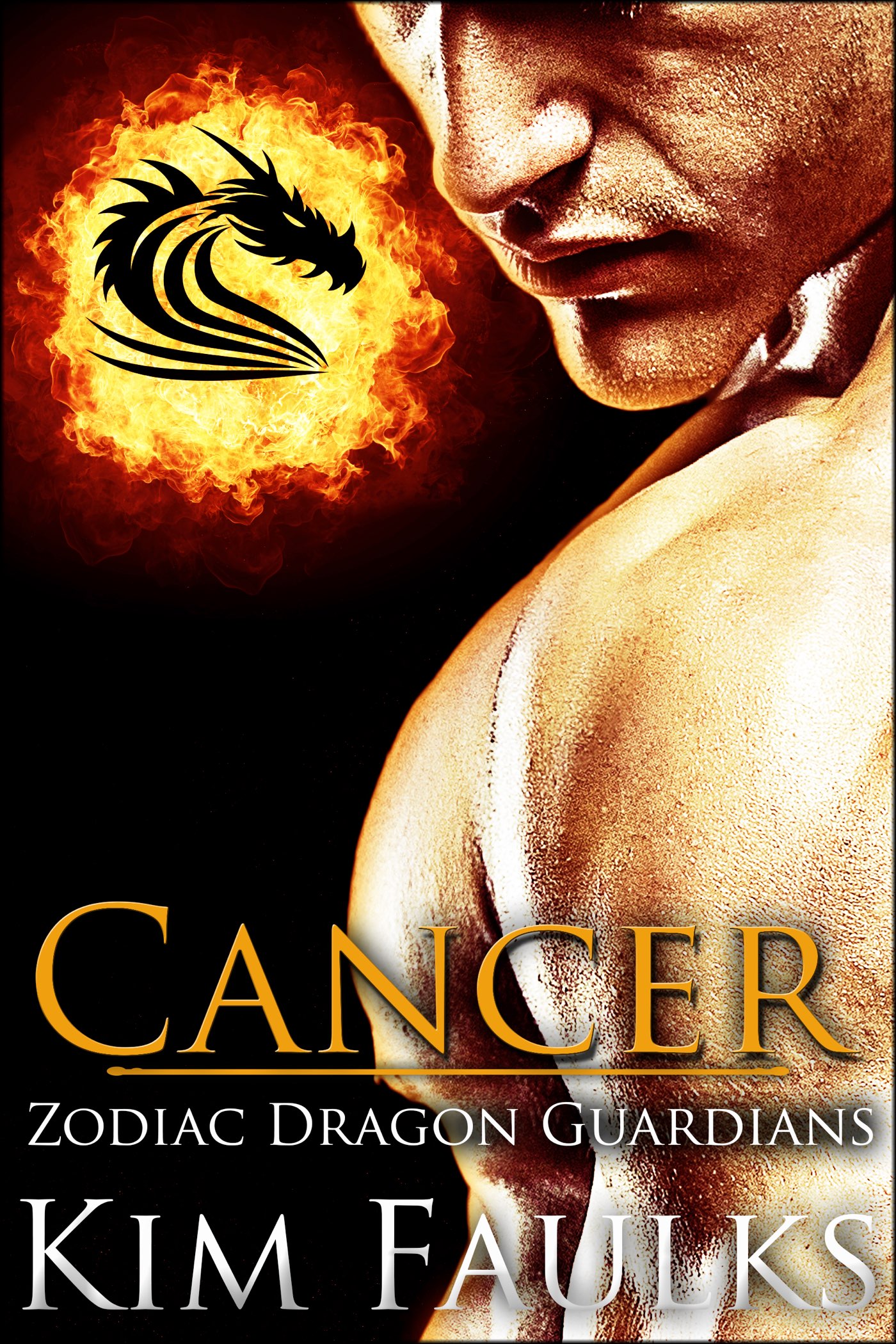 Evander’s the third of twelve.
Dragon-born in the sign of Cancer he carries all the traits of his sign—the good and the bad.
He’s the compassionate one, he’s the one who puts others before himself, the one his family has turned to when the humans invade their home and expose who they really are.

But that isn’t all they have to fear.

Humans are running scared—it’s not just the wolves they fear now—it’s the winged monsters who’ve lived amongst them. Those humans in power do the only thing they know—perceive the threat, and then move to eliminate them.

They’ve been given an ultimatum: their brother, Zadoc, for the seer, Odessa.  And time for their brother is running out.

Only one woman can help them now.
A human on a mission of her own.
A woman who can stand shoulder to shoulder with the most terrifying of their kind and smirk in their faces. 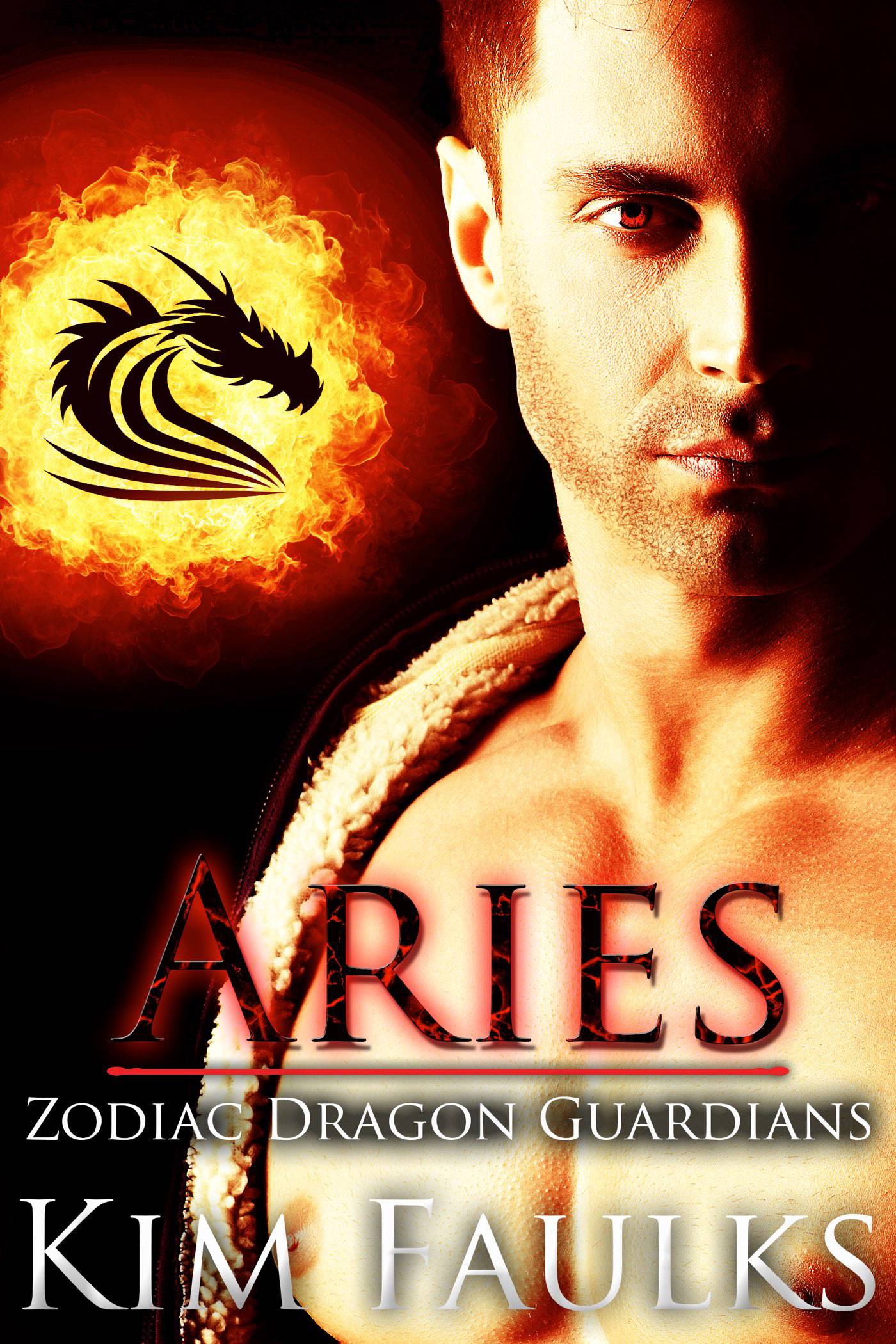 She was a siren amongst an ocean of terror. One fragile woman, fighting to survive…fighting to be heard.

And Zadoc Kane heard her with every fiber of his being.

Zadoc’s the fourth of twelve Guardians. Dragon-born in the sign of Aries, he carries all the traits of his sign—the good and the bad.

He’s the protector, the hard-headed stubborn ram. He’s brave and noble with a vicious temper, and he has littered his family’s mountain with the bodies of those who’ve harmed the weak.
And as the rival Echo pack descends on his home to kill his family, he plans on adding to the count.

Until a voice stops him in his tracks…a human woman amongst a sea of wolves.

Zadoc has a choice, fight alongside his kin…or sacrifice everything to protect her.
But the choice was never his to make.

His Dragon, the Wretched, will make it for him. 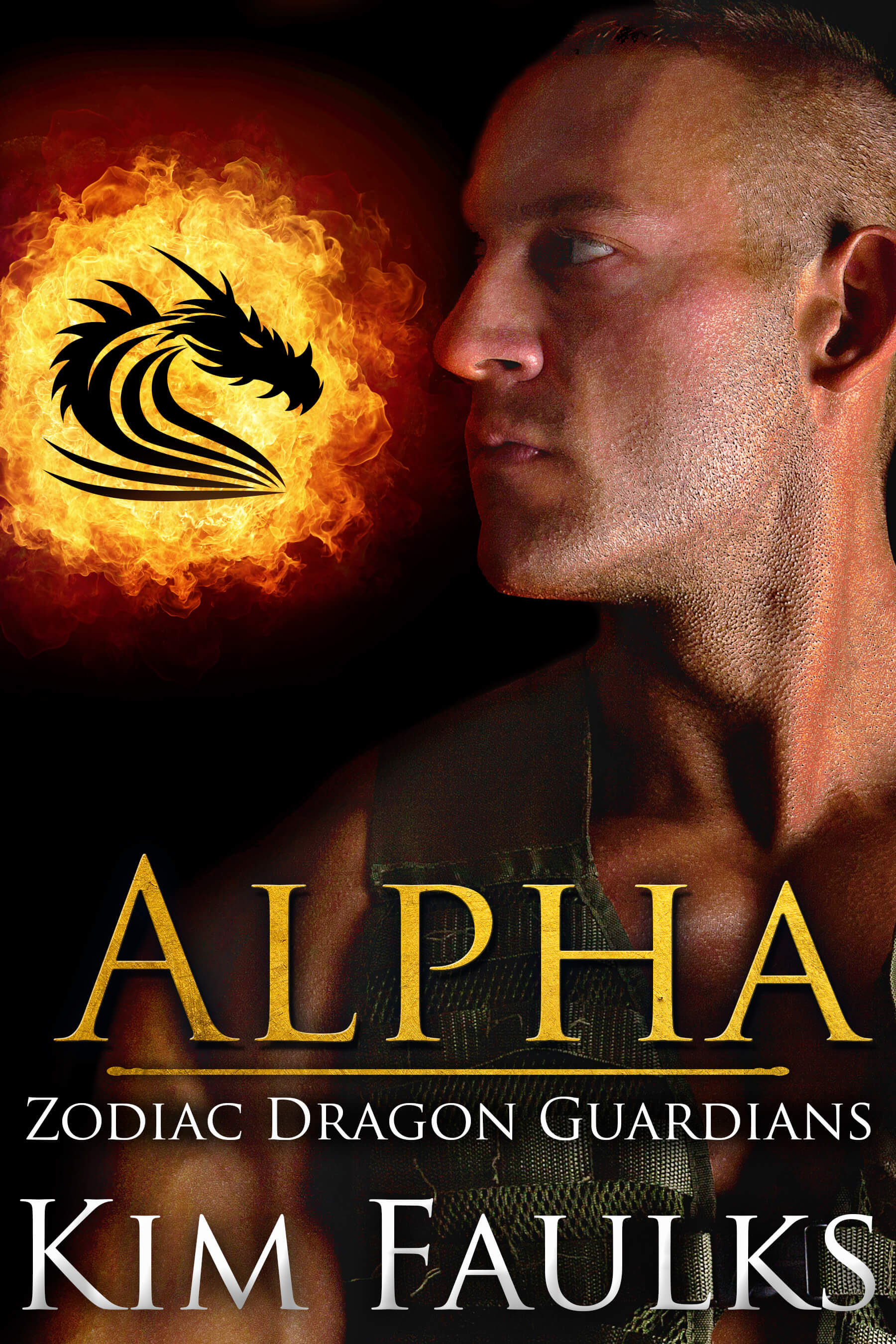 The first mistake they made was slaughtering her pack.
The second was taking her to the compound where she was rescued, along with Joslyn and the Dragon, Zadoc.

All the Marine combat techniques in the world never trained Alpha to care for X.
He took her in, fed her, clothed her…yearned for her.
But the one thing he failed to do was keep her safe.
Those who meant X harm were ready and waiting.

They won’t need to wait long.

Alpha had killed in the line of duty.
He’ll do it all again and more.
Because he’s coming for them.
They won’t know it, not until it’s too late.

This is the salvation of X. 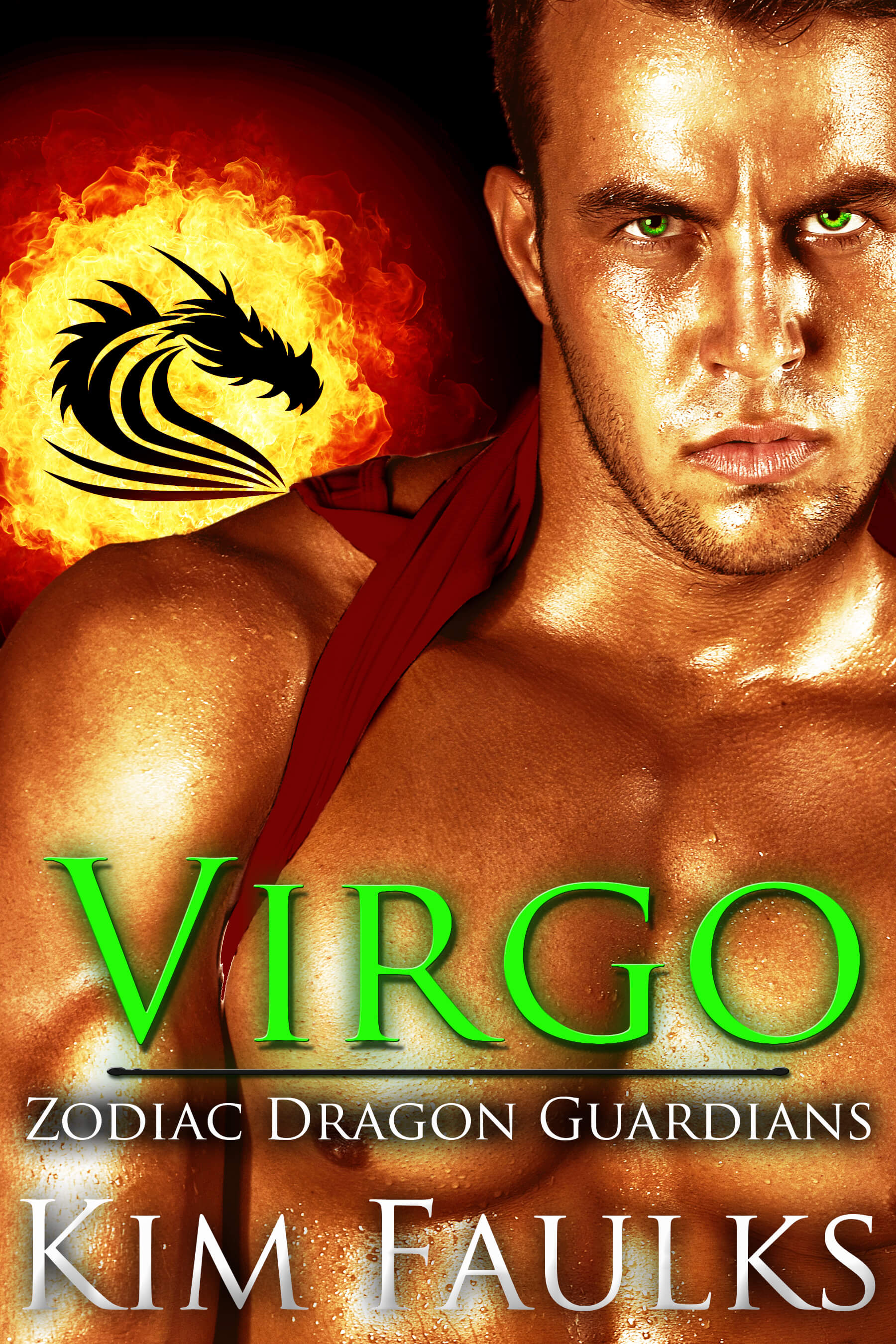 Michael’s the fifth of twelve Guardians.
Dragon-born in the sign of Virgo, he carries all the traits of his sign—the good and the bad.
He’s practical and kind. The one with pure purpose—and until now that purpose has been to keep his family together.

A letter addressed to one of his kin…

Did Marcus know the war was coming? Could he have changed the course of history and saved them all?
Michael sets out in search of the truth and finds himself drawn to one person.

A flawed mortal human…
A doctor who refuses to surrender—even when she stares down a vicious brood of Vampires with two very special babies in her arms—Doctor Angel Leigh. 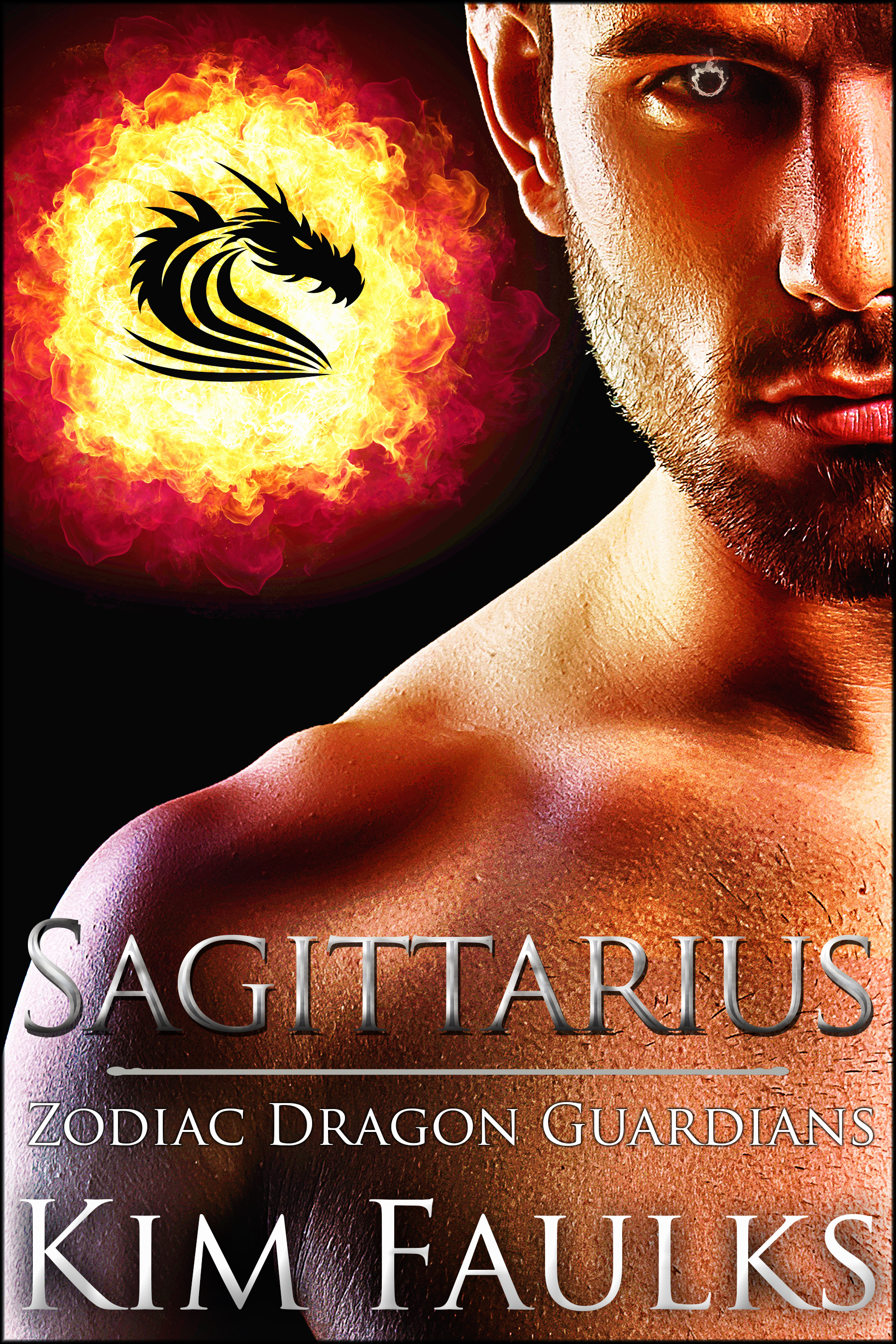 Lucas is the sixth of twelve Guardians. Dragon-born in the sign of Sagittarius, he carries all the traits of his sign—the good and the bad.
He’s honest, outspoken, and can spot a lie from a mile away. So when the Vampire Prince pledges allegiance to the Guardians in hopes of keeping his sister and his clan safe, Lucas becomes uneasy.

Something isn’t quite right with the Vampire Princess, nor with the tale her brother has told, and as the Guardians plan their wrath on those who’ve harmed their kin, Lucas starts to uncover the chilling truth, and finds a vicious immortal who rivals the Huntress herself.

Princess Eva Nicholi of the Shadistin Clan is a survivor, and she’s lived with the secret of her father’s fight to save her from the Huntress for the last five hundred years. She’ll stop at nothing to keep her past buried—along with the bodies she’s left in her wake—and as Lucas nears the truth, she knows only one way to protect those she loves—seduce and destroy.

Lucas may escape with his life.
But his heart is another matter altogether. 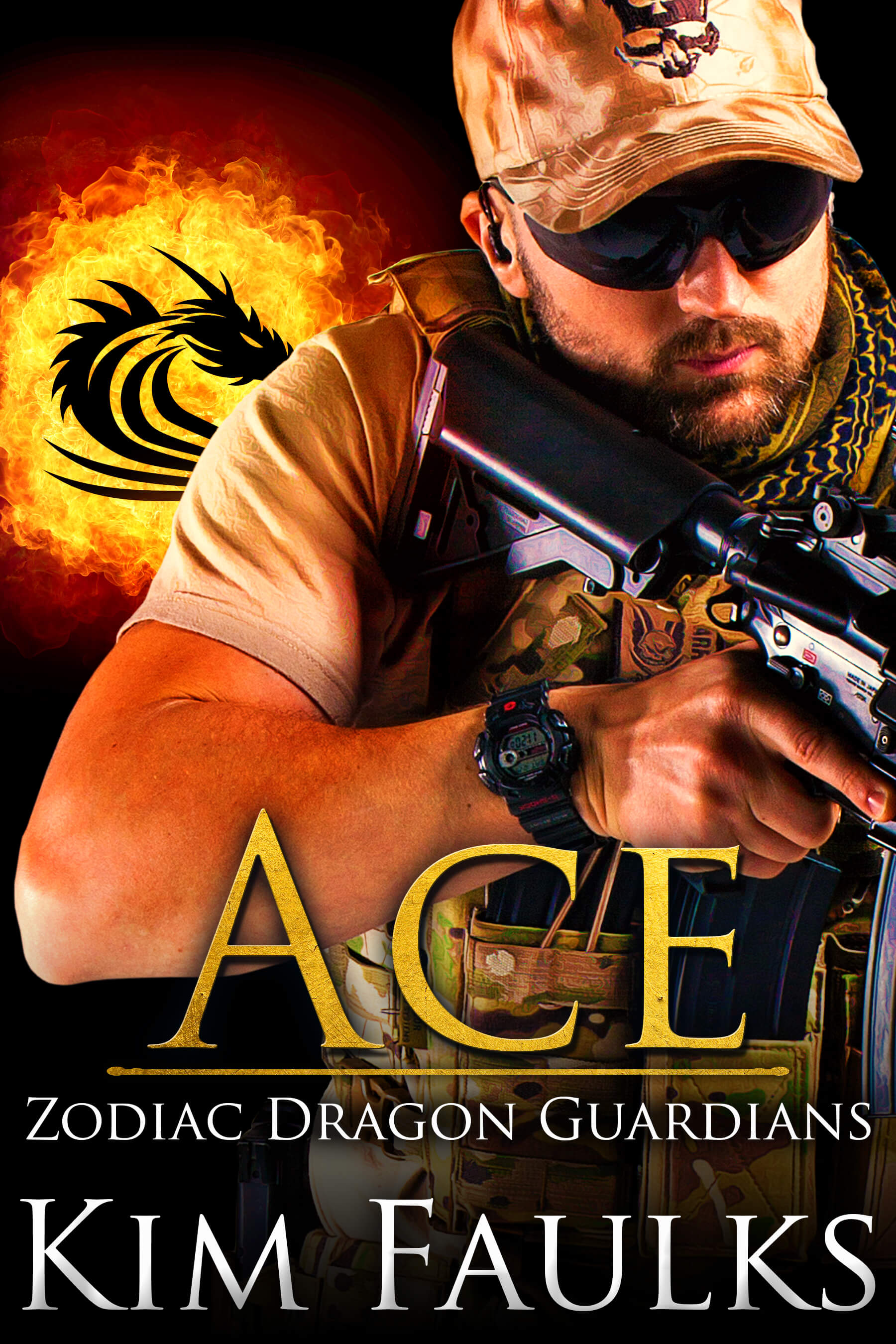 Brothers to the last enemy.

The Shadow Government is cleaning house and high on their hit list are four names; Regan Rivers, Darrion Slater, Senator Artemas Roth and one lone man with a damaged past, and a dangerous need to protect.
Former US Marine Sniper Holden Lee a.k.a Ace.
Ace will risk his life to protect his team.
He’ll do what he does best…move toward the sound of gunfire and kill everything in his path.
Brothers to the last fight.
But when an ambush goes wrong and Ace is left hurt, who will protect him?
Brothers to the last breath.

Ghost is the last of her Berserker Clan. The one left behind to remember the enemy, and Major General Newman Slater of the US Marines is the enemy she’s never forgotten.
Newman Slater bought his General stars through blood, sweat and tears…but it wasn’t his blood, and they weren’t his tears.
Ghost is the only one alive who knows the truth of Slater’s dirty, bloody secrets. When a chance encounter brings Ghost into his sights she knows there’s nowhere she can hide.
Slater is coming for her again. Only now she’s not alone—she has a wounded Marine by her side…one she rescued, one she’s kept safe…one she’ll die to protect.
Brothers to the last bullet.
When it comes to that final bullet… Ace cannot miss… 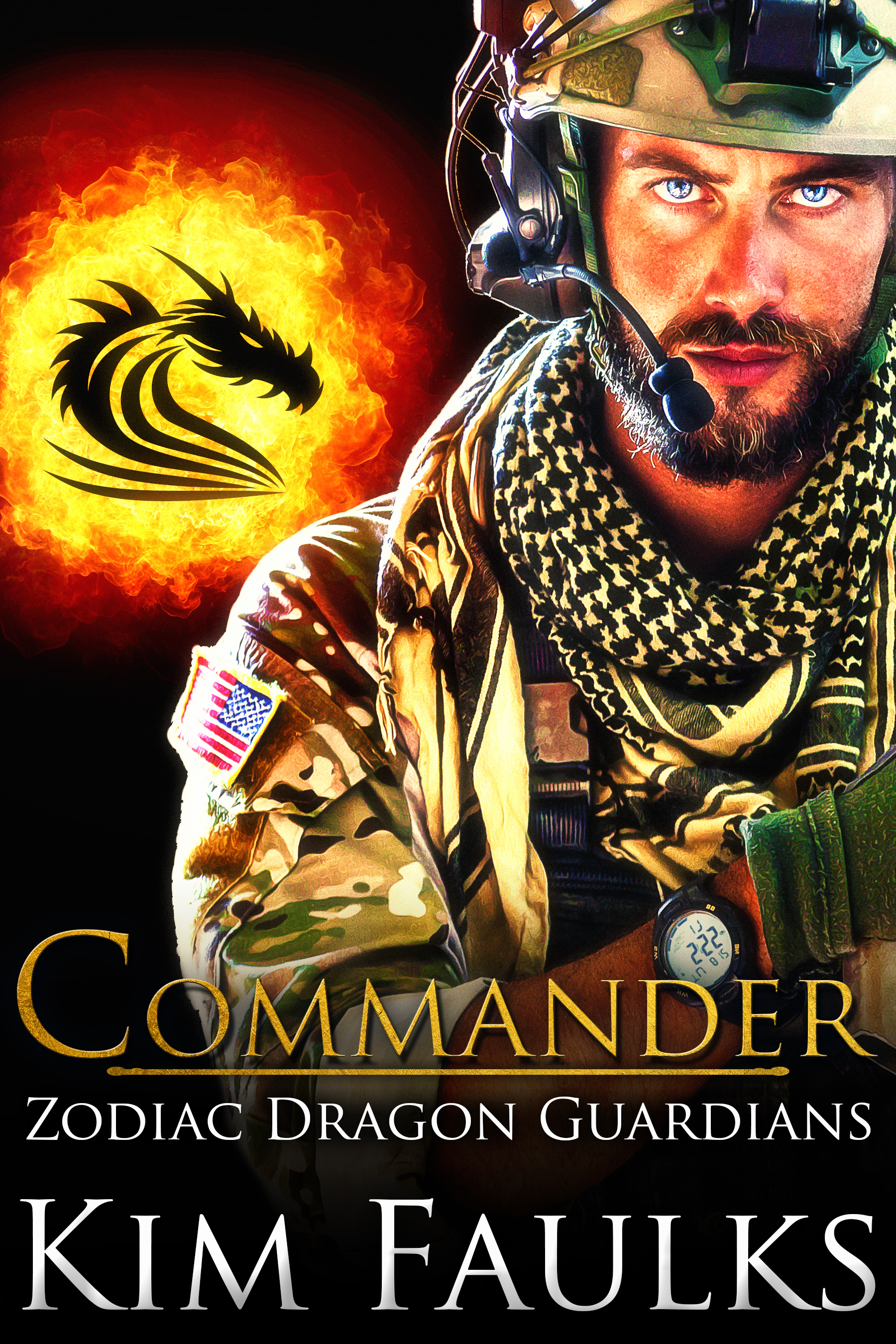 Commander Samson Marks has stepped into the middle of a battle.
One he never signed up for, but one he cannot ignore.

In the wake of the attack on the compound he comes face to face with the enemy—traitors to everything he knows—the Marine Corps.
Only they’re not quite the enemy he expected.
The rebel, Darrion Slater, a.k.a Alpha, hands him a file and shows him the truth—and what he finds within the pages shocks him to the core.
He’s on a mission now, to not only right the wrongs he can, but to stand shoulder to shoulder with the outcasts, with the loners…with the Guardians.
He’ll be the kind of man who might buckle—but won’t break.
The kind who’ll protect a Queen of the Vampires in the midst of a vicious attack
…even if it almost kills him…

And he’ll be the kind of man who finds truth in surviving.
A truth he never wanted to face, and redemption in the eyes of an immortal.
Annabelle is a first circle warrior to the Shadistin Vampire Queen. She has one purpose—to kill, and apart from defensive blows of her victims, no one’s touched her in hundreds of years.
Until a dying mortal reaches for her hand.

She’ll stay there. She’ll give the Commander what little comfort her cold, Vampire soul can afford and when he opens his eyes he’ll see her for what she really is.

His salvation.
His redemption
His Vampire in command. 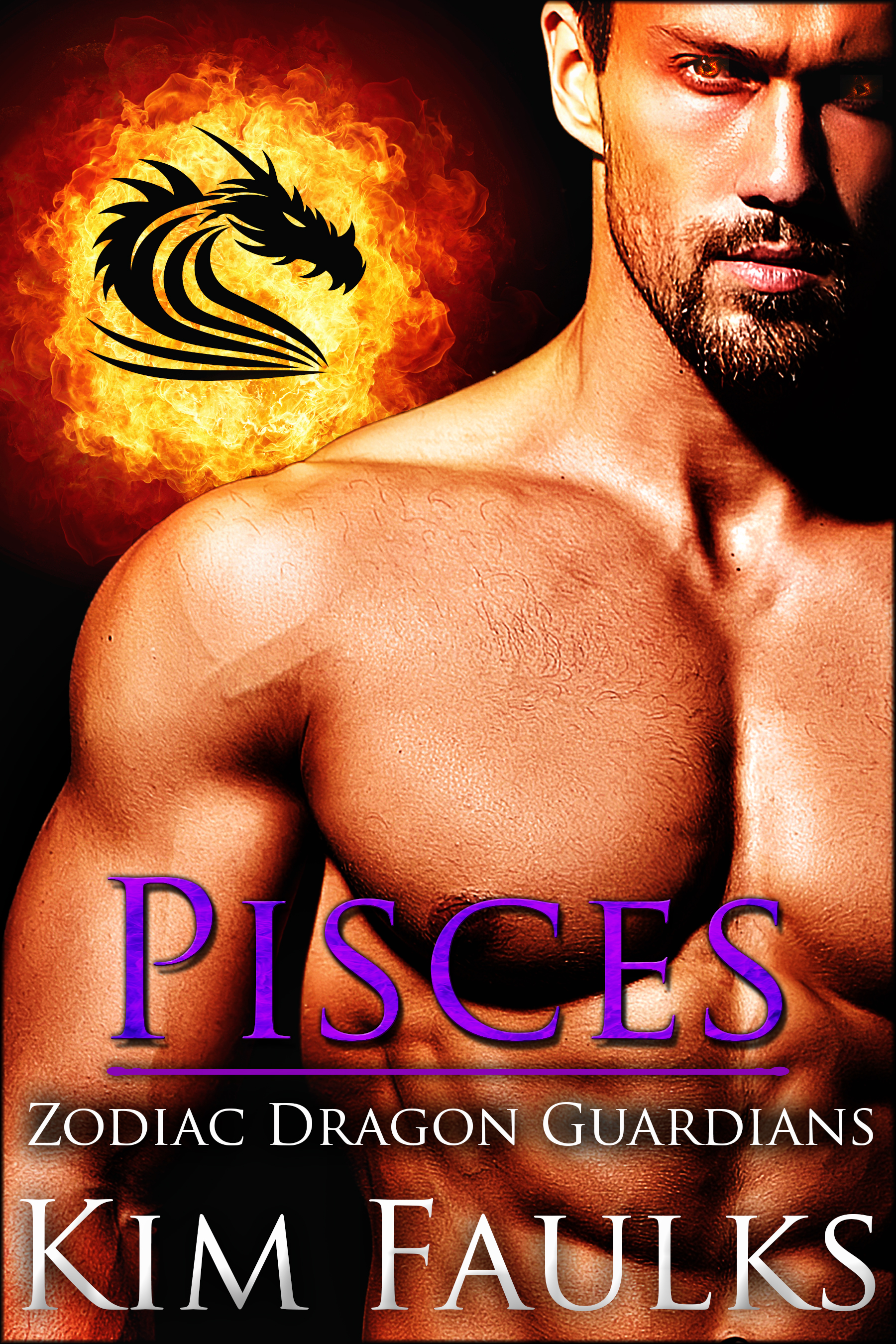 Bastian is the sixth of twelve Guardians. Dragon-born in the sign of Pisces, he carries all the traits of his sign-the good and the bad.
He’s sensitive and loyal, but still waters run deep.

Cross him once, and you’re dead to him, but come for his soul and he’ll go to the ends of the earth to hunt you down. So when he’s bitten by a Hellhound he comes as close to death as a Guardian can.

He’s sick, desperate, and in need of help, so he turns to a mortal who’s touched the darkness Bastian is racing toward…Commander Samson Marks.

Only when he gets to Hell’s Gate, he’s far too late. The Hellhound he’s searching for is already dead-and time for Bastian is running out.

Until he meets an unlikely savior. The leader of the Hellhound Rebellion, Amaris Knox.

She’s on a mission to bring down the new Royal line-Blaze Trigg. She’ll lie, cheat, she’ll sleep with the enemy for a chance to slip a knife between Blaze’s ribs, and she doesn’t have time for a Guardian, especially one so close to death.

But there’s something about this stranger, something other than the violet flames that dance in his eyes. Something that calls to the darkness in her-to the desperation that wells inside. Heal him and leave him behind, she whispers.

Only it isn’t so easy to rid the smell of his body from her sheets, or his mark from her heart.

The Zodiac Dragons are now in Audio! 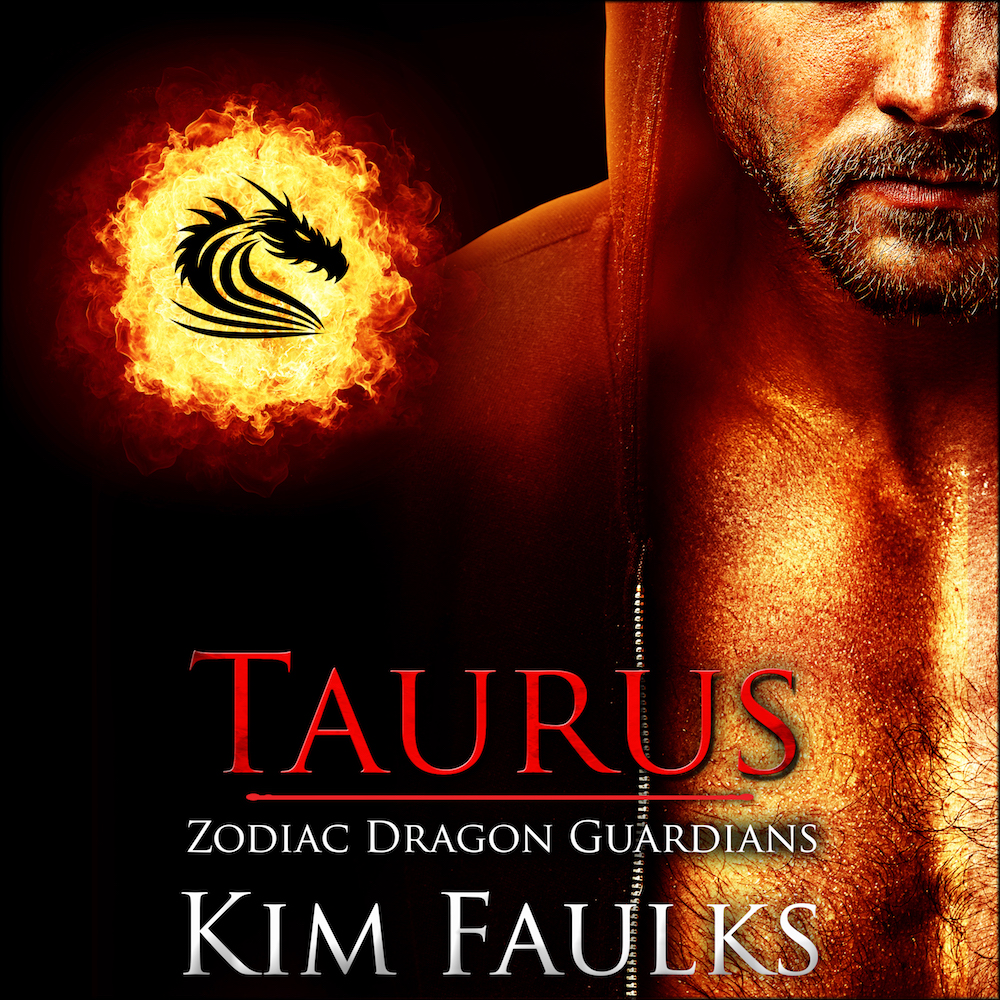 Click play and listen to Marcus, Abrial and the rest of the Zodiac Dragons come to life. 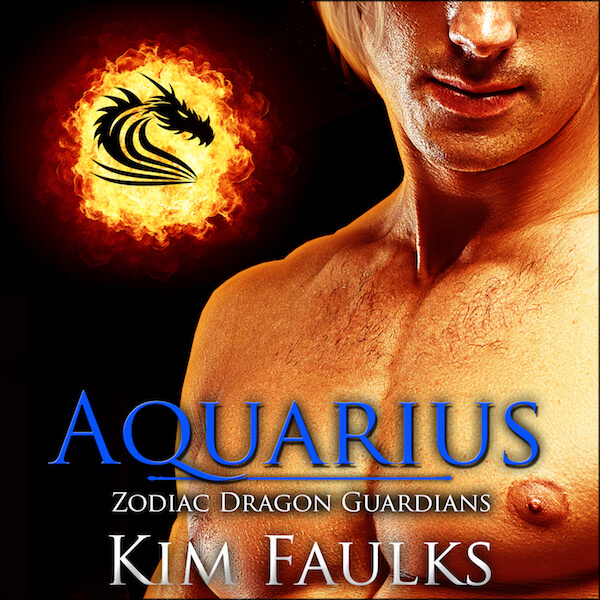 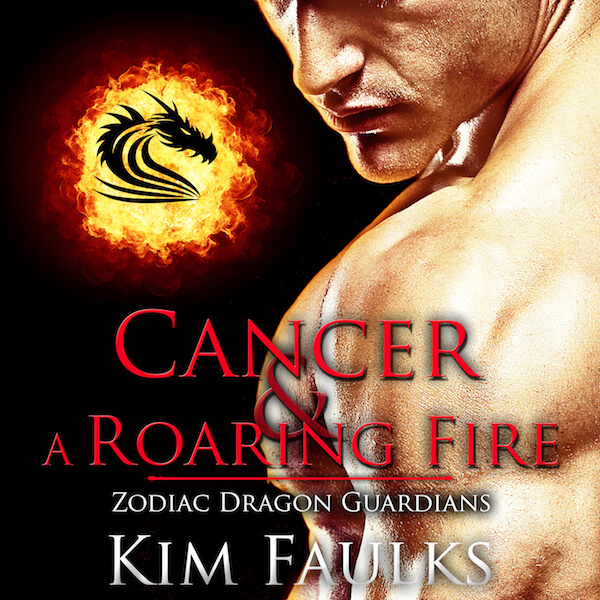 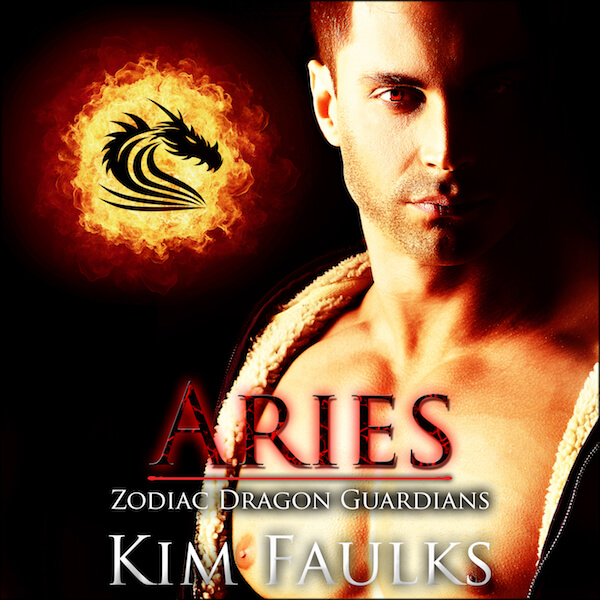